The word “allergy” is borrowed from the Greek language and means “another action.” Thus, allergies are changes in the body’s response to the effects of common substances found in the environment, which are harmless in themselves. These substances are called allergens, and the most common ones come from house mites, molds, woolly animals, food, drugs, metals, and pollen from grasses and trees.

When a patient comes into contact with an allergen, special antibodies (IgE) begin to be produced in the body. These antibodies are absorbed onto the surface of various inflammatory cells such as mast cells and basophilic granulocytes. Such cells are found, for example, in the mucous membrane of the respiratory tract, blood and skin. Upon renewal of contact with the same allergen, a reaction between the antibody and the allergen may occur. This reaction produces chemicals that cause disorders such as itching, nasal congestion, coughing, and shortness of breath. The most important chemical produced in this process is histamine. Sometimes an allergy to a certain substance can develop quickly, and sometimes it happens over a long period of time.

Who may have allergies?

The hereditary factor plays an important role in the development of allergies. If neither parent is hypersensitive or allergic, there is a 15% chance that their child will develop an allergy. If one of the parents is allergic, then this figure will be 40%. In the presence of allergies in both parents, the probability of the child’s illness will be 60-80%. Often, food allergies in children go away with age, but adults can develop new types of allergies that affect the respiratory tract. Airway allergies rarely go away completely, but their intensity and symptoms can vary markedly and, in some cases, hardly be observed. Some, however, can react strongly to both pollen and animals in adulthood.

What are the symptoms of allergies?

Pollen allergy primarily irritates the nose and eyes but can also cause headaches, weakness, fatigue and decreased concentration. Many pollen allergy sufferers complain of discomfort in the mouth and throat when eating raw fruits and vegetables, especially during the pollen season. This is because pollen allergens are similar to proteins found in food, which leads to cross-reactions.

With an acute allergic reaction, anaphylactic shock can occur, that is, a life-threatening sharp drop in blood pressure. This can happen with an injection (vaccine or fluoroscopy contrast fluid), an insect bite (such as a wasp), medication, or food.

Experts internationally agree that there has been an increase in allergy cases in recent decades. There is a lot to suggest that lifestyle factors such as altered diets and unhealthy indoor climates can play a role. In addition to this, the weakening of microbiological stimulation (hygienic hypothesis) and a change in the composition of the bacterial flora surrounding us should be noted.

If you think that you have an allergy, then, despite the sufficiency of preventive measures for mild to moderate symptoms, you should consult a doctor. The greatest effect will have a complete exclusion of contact with the allergen. In the case of food, this is not easy, and in the case of pollen allergy, it is almost impossible. Many people are forced to use medications for allergic symptoms.

It is important to select the appropriate treatment method with the correct use of the necessary medications. The first aid for allergic nasal symptoms is the use of so-called topical steroids, available commercially in powder or inhaler form. Antihistamines, available as tablets, eye drops, and nasal inhalers, are also effective drugs with rare and safe side effects. As a rule, inhalation medication is necessary for symptoms occurring in the lower respiratory tract. Here, too, topical steroids are central, often in combination with one or more other inhaled medications. You should refrain from injections of cortisone as long as possible, which, however, may be relevant in special cases (for example, before passing an exam) or when other types of treatment are not effective enough. The cortisone injection lasts for several weeks.

How is the diagnosis made?

When testing during acute allergic reactions, such as allergic rhinitis, the results will be fairly typical for allergies. However, the clinical examination usually does not answer the question of whether the reaction is the result of an allergy, airway hyperactivity, chemical sensitivity, or something else. In this case, special tests for allergies are necessary, such as a blood test and a Pirquet test. Antihistamines should not be taken 7 days before the Pirke test, as they can reduce the degree of response. It is important that clinicians working with blood allergy tests can interpret the results correctly.

None of the allergy tests are 100% reliable. It is quite possible to have an allergy with negative test results and vice versa. Therefore, the patient’s medical history is most important in diagnosing allergies. There is no age limit for allergy testing.

How to get tested for allergies?

Skin tests (allergy tests) and blood tests can help determine whether a person really has an allergy.

Skin tests confirm the allergic nature of the disease. They are performed in the allergist’s office and provide a quick response. Skin tests “provoke” an allergic reaction due to the introduction of a small amount of an allergen – a substance to which the patient may be allergic. If there is an allergy, the skin will react and something like a mosquito bite will appear where the allergen is applied.

When preparing for skin tests, it is important to stop taking antihistamines two weeks in advance; 7 days before their setting, stop using antiallergic ointments.

It is advisable to perform skin tests only when the child reaches 5 years of age. If there are clear indications, then they can be resorted to earlier, starting from 2 years of age.

A blood test for specific IgE is used to confirm the results of skin tests. Antibodies to immunoglobulin E (IgE) are substances produced by the body when an allergic reaction occurs to a specific allergen. If high levels of specific IgE are found in the blood, there is a corresponding history, then these data together help to confirm the allergic nature of the disease. However, an increased result does not always indicate an allergic component. The laboratory result should be consistent with clinical findings and skin tests in favor of allergy. A negative laboratory test result for IgE, on the contrary, in 90% indicates the absence of pathology.

It is believed that you can prevent allergies by giving your baby breast milk during the first four to six months of life. You should not smoke during pregnancy, and children should not be exposed to tobacco smoke. It is necessary to create the most favorable indoor climate in the room. 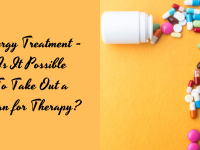 Allergy Treatment – Is It Possible To Take Out a Loan for Therapy? 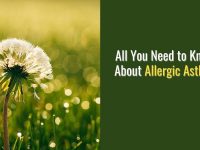